The United Religions Initiative: A Grassroots Organization of Interfaith Cooperation and Action

On June 26th, 2000, the United Religions Initiative was officially born at a ceremony in Pittsburgh, PA. It was a tremendous moment, being in the audience as a witness to the birth of an ambitious organization. This article includes some pre-conference reflections as well as a post-charter signing write up.

The Beginning of My Involvement

During my junior year in high school, I began participating in online interfaith discussions through newsgroups and mailing lists. Around the same time, I became a member of the Bahá’í Faith, which has contributed greatly to my interest in interfaith dialogue and action. Then sometime during my freshman year at The University of Texas at Austin I found out about the United Religions Initiative (URI). The URI was only a couple of years old, and was looking to include more youth at its next summer Global Summit. Based on my interest in the subject (and my definite qualification as a youth!), I was invited to the 1997 Global Summit, where I met wonderful people from all over the world and was able to be a truly active participant in the discussions. This was followed up with a return to the 1998 Global Summit.

Picture from a forum to introduce people from the wider community to the aims and vision of the URI. Socrates Olympio of Accra, Ghana is featured in the foreground. I am somewhere in the lineup, but can’t tell which for sure. Stanford University Chapel, June 1997.

I found a group of people dedicated to working together to make this a better world. I did not necessarily find a group of high-ranking clergy (though there were a few) sitting together and making nice in front of the cameras. Instead, it was a mixed group of religious and secular leaders, all eager to show that religion and spirituality can constructively contribute to the betterment of our lives without fighting amongst each other. Sure, the agreements were not always easy, and all had to tread carefully–but it was truly a wonderful atmosphere of peace and love. Yes, But Can They Do Anything?

The amazing thing is that this group of self-organizing people were already doing things. That is, while there were plenty of intellectuals (most everyone, in some sense) and intellectualism, most participants had a background in reality-based activism. They were all active, in the field so to speak–down in the trenches doing the work that most only talk about. Bahá’u’lláh, founder of the Bahá’í Faith, once said “Let deeds, not words, be your adorning”. These folks truly exemplified the spirit of Bahá’u’lláh’s exhortation.

As I write this, I should be preparing for my upcoming trip. The 2000 Global Summit and Charter Signing will be from June 25th through June 30th at Carnegie Mellon University in Pittsburgh, PA. I will be there throughout, and may even be manning a Yahoo chat-room during the signing ceremony itself (Monday afternoon, 6/26). I will try to post any relevant and interesting information throughout the week.

How is the URI Organized? 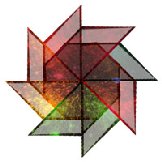 The URI is a truly grassroots organization. That word, “grassroots”, gets thrown about with impunity these days. Not so here. The URI is primarily composed of a multitude of Cooperation Circles, CC’s for short, located all over the world (and at least one existing solely on the net!). These groups are self-organizing with individual purposes and actions, unified by the vision of the URI. CC’s are generally organized around geographic locations (such as the CC in Rio de Janeiro) or themes of action/concern (Web Development and Information Technology CC, the one I’m on right now). Anyone who agrees to a small set of guidelines, including having a membership of at least 7 with at least 3 different religions represented, can create a CC. There is also a Global Council, which exists to serve the CC’s through coordinating communications, vision, etc. And How Can Individuals Participate?

There are three ways in which people can participate in the URI: by signing the charter, becoming an Affiliate, or being part of a CC (or forming your own!). Please see www.uri.org for more information.

Individuals can sign the charter through Dec 31 of this year. If you’re interested in the URI up to this point, please visit the above link and consider signing the charter. More signatures means more momentum behind the work that we will be doing in coming years…

At the end of June, I returned from Pittsburgh to Austin with renewed inspiration and a heightened passion for social activism. This spirit infused the gathering at the Fifth Global Summit of the nascent United Religions Initiative (URI), held during the last week of June, 2000. More than two-hundred delegates from across the globe, all walks of life, and most importantly from every major religion and belief system, joined together in the Charter Signing Ceremony to officially bring this audacious organization to the light of the world. I feel sincerely humbled with awe at what has been wrought, yet I feel deeply gratified to have been a part of the process and the birth of the URI-as a member of the Bahá’í Faith, as a physics graduate student, and most simply, as part of this ever-surprising thing we call humanity.

The first paragraph of the Preamble to the URI Charter declares:

“We, people of diverse religions, spiritual expressions and indigenous traditions throughout the world, hereby establish the United Religions Initiative to promote enduring, daily interfaith cooperation, to end religiously motivated violence and to create cultures of peace, justice and healing for the Earth and all living beings.”

Hundreds of people around the world have committed themselves to work in interfaith partnership to achieve these lofty goals. Thousands more have signed on with their support. These are not simply voices without bodies. From the beginning of the URI dream, people who have already been out there-in the trenches, so to speak-have been active participants and shapers of the reality that the URI has become. Naturally, there are those who have questioned the motives and need for this organization. I believe its actions will speak for themselves.

Even before the official birth, the URI was sponsor to the 72 Hours interfaith peacebuilding project between December 31st, 1999 and January 2nd, 2000. Hosting events in Pakistan, Sri Lanka, Ethiopia, India, Jerusalem, the Balkans, Brazil, the United States and elsewhere, the project brought millions of people together in prayer and celebration. Going forward, the URI has helped to establish the Interfaith Youth Core, launched the concept of a 72 Day Global Interfaith Pilgrimage, and has held and is planning interfaith conferences and meetings in areas of high religious tension, such as Mostar, Bosnia. Dozens, perhaps hundreds, of other activities are already under way or in the development stages at the local level. And it is at this level, primarily, that the URI focuses its attention.

The organization is composed of Cooperation Circles and the Global Council. Unlike most groups, the central Global Council is not the center of the URI universe with these so-called Cooperation Circles orbiting about it. Rather, it is more of a binding agent for what will eventually be thousands of self-motivated and self-organizing Cooperation Circles, each religiously diverse and operating at the most local level relevant to its purpose, all within the framework of the URI Charter. All effort has been extended to ensure that that document and the reality of the URI truly conform to this bottom-up organizational principle. Under these general guides, we have a diverse group including the Abundant Life for All Uganda Ministries CC in Khandi-Ggomba, Uganda; the Capetown Environmental CC of Capetown, South Africa; the Religions for Social Justice CC in New Delhi, India; the Sri Lankan CC To Provide Relief for Families of Drug Addicts; Global Aids Interfaith Alliance (GAIA) based out of San Francisco, CA; the United Religions Initiative Council for Women based in Eindhoven, Germany; and even my own group, the Internet and Information Technology CC, based in cyberspace. All told, 75 Cooperation Circles were recognized at the time of the Charter Signing. As can be seen in the names of the few groups mentioned here, the issues and geographies represented under the provisions of the Charter address a wide range of the problems that have plagued our collective livelihoods.

This is a group of people who came together full of concern for the state of the world around it, a group that came away recognizing its own potency for affecting that change. Amidst the despair and chaos that surrounds us all, on the streets, in our media, even in our own governing political bodies, this body has arisen and declared in the words of Mahatma Gandhi, “We must be the change we wish to see in the world…”. Only now we turn that ‘must’ to a ‘will’.